3D
Scan The World
2,198 views 123 downloads
Community Prints Add your picture
Be the first to share a picture of this printed object
0 comments

Margaret Georgiana Spencer, Countess Spencer (1737 - 1814), was an English philanthropist. She was born at St James's Palace as the daughter of a diplomat and a maid of honour to Caroline of Ansbach. In 1754, she married John Spencer, one of the wealthiest men of the era. A love match, the marriage resulted in the births of three surviving children, which included Georgiana Cavendish, Duchess of Devonshire. 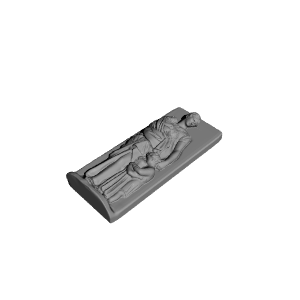 ×
0 collections where you can find Monument to Georgiana, Countess Spencer by Scan The World