3D
Scan The World
2,594 views 113 downloads
Community Prints Add your picture
Be the first to share a picture of this printed object
0 comments

The models belong to the monument to Hortense de Bauharnais wife of Louis Bonoparte king of Holland; she died in 1837. Initially located in France in the church of Rueil, the work was criticised and relaced with another monument, the work of Jean Auguste Barre, in the 1854 when Napoleon III decided to move it to Arenenberg. 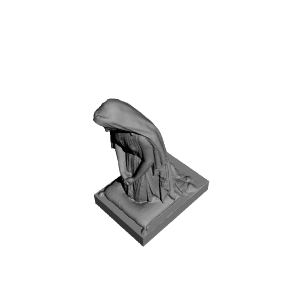