3D
Scan The World
1,996 views 131 downloads
Community Prints Add your picture
Be the first to share a picture of this printed object
0 comments

Plaster model for the marble monument in the church of Tyszkiewicz Castle in Raundondvaris in Lithuania (1842-1845).

Count Benedyct Tyszkiewicz ordered a monument from Luigi Pampaloni, inspired by the Tuscan fifteenth century in a scheme and search for naturalness, in memory of his wife Wanda (1806-1842) who had died of childbirth. The various works that Pampaloni executed for the Tyszkiewicz family also included a replica of the Reclining Boy, in memory of their son Michal who was born and died in 1832. The monument was believed to be lost after World War I. Recent restoration brought the old chapel to light. The statue of the Reclining Boy was also found, and is now placed beside that of his mother. 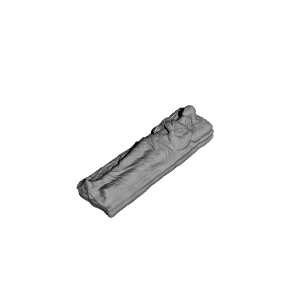