Monument to Watteau at The Jardin de Luxembourg, Paris

3D
Scan The World
2,625 views 207 downloads
Community Prints Add your picture
Be the first to share a picture of this printed object
0 comments

Monument to Watteau at The Jardin de Luxembourg, Paris

Jean-Antoine Watteau (October 10, 1684 – died July 18, 1721), better known as Antoine Watteau, was a French painter whose brief career spurred the revival of interest in colour and movement, as seen in the tradition of Correggio and Rubens. He revitalized the waning Baroque style, shifting it to the less severe, more naturalistic, less formally classical Rococo.

Watteau is credited with inventing the genre of fêtes galantes, scenes of bucolic and idyllic charm, suffused with a theatrical air. Some of his best known subjects were drawn from the world of Italian comedy and ballet.

He was very well known for his studies on realistic perspective in landscapes and environments to challenge the illusion of 3D space on a canvas. 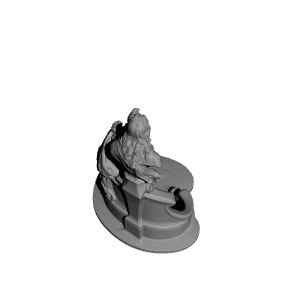 ×
0 collections where you can find Monument to Watteau at The Jardin de Luxembourg, Paris by Scan The World