3D
5,873 views 589 downloads
3 collections
Community Prints Add your picture
Be the first to share a picture of this printed object
0 comments

The Moomins (Swedish: Mumintroll, Finnish: Muumi) are the central characters in a series of books, and a comic strip by Swedish-speaking Finnish illustrator and writer Tove Jansson, originally published in Swedish by Schildts in Finland. They are a family of white, roundish fairy tale characters with large snouts that make them resemble hippopotamuses. The carefree and adventurous family live in their house in Moominvalley, though in the past, their temporary residences have included a lighthouse and a theatre. They have had many adventures along with their various friends. 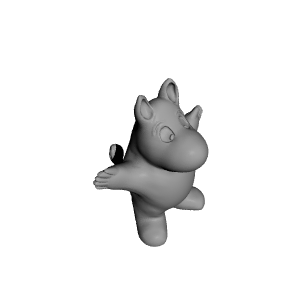 ×
3 collections where you can find Moomin - Support Free by Evavoo