Mother of Twins funerary stele at The Louvre, Paris

3D
Scan The World
2,202 views 112 downloads
Community Prints Add your picture
Be the first to share a picture of this printed object
0 comments

Mother of Twins funerary stele at The Louvre, Paris

This funerary stele or tablet is incomplete and remains anonymous: missing are the important parts and features of the heads of the mother and one of the children, also above the heads the coronation (possibly a pediment) quich would have given the inscription of the grave. The deceased person to the left is without a doubt a young woman who died by childbirth, held in her arms is the wrapped child. In front of her is a small servant who wears a 'cécryphale' (a piece of string or bow that is tied around the head) wearing a tunic with long sleeves who possibly holds a second child who also, aside from the feet, is covered and wears a small hat. The funerary figures of the IV Century would often show one or two children in their descriptions. However with this said the representation of twins makes this a piece of art that is an expection to the rule.

A funerary stele would typically be placed near, around or act as a tomb by a grave site. The figures depicted might be representations of the person who died or symbollic of their person. 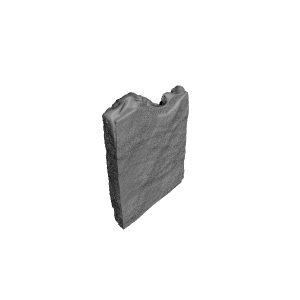 ×
0 collections where you can find Mother of Twins funerary stele at The Louvre, Paris by Scan The World