3D
360°
Scan The World
1,345 views 52 downloads
2 collections
Community Prints Add your picture
Be the first to share a picture of this printed object
0 comments

Osiris is the Egyptian god of the afterlife, the underworld, and rebirth.

He was classically depicted as a green-skinned deity with a pharaoh's beard, partially mummy-wrapped at the legs, wearing a distinctive atef crown, and holding a symbolic crook and flail. He was one of the first to be associated with the mummy wrap, as his sister and wife, Isis, wrapped his body up after his brother (Set) killed him and cut him up into pieces.

Osiris was at times considered the eldest son of the god Geb and the sky goddess Nut, as well as being brother and husband of Isis, with Horus being considered his posthumously begotten son. 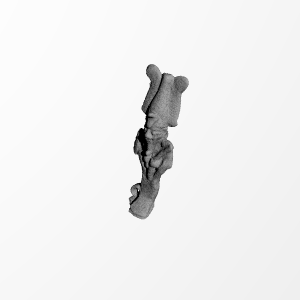 ×
2 collections where you can find Mummiform Osiris Figurine by HMANE