3D
Scan The World
4,237 views 241 downloads
2 collections
Community Prints Add your picture
Be the first to share a picture of this printed object
0 comments

Gilded mummy-masks such as this appear to have been made for persons of high status in the early part of the Roman Period (from about 30 BC). Though Roman artistic traits began to influence native styles in the succeeding fifty years, the masks are still very clearly Egyptian in design.

Above the face is a headband with a central sun disc flanked by <href="ilink|,_blank|">uraeus-serpents. On the top of the head, as though propelling the sun disc, is a blue scarab beetle with outspread wings. There is also a Greek inscription identifying the dead man as Syros, son of a man called Herakles. The face and wig are covered with gold leaf. The use of gilding for the face, common in ancient Egypt, indicates that the deceased was considered as having attained divine status, as gold was regarded as the flesh of the gods.

The site of Hawara is famous for its Roman mummy portraits. 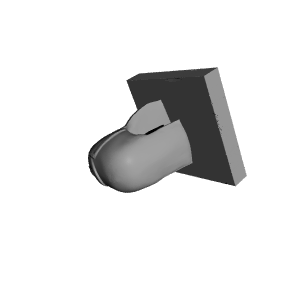 ×
2 collections where you can find Mummy of Syros in Ipswich Museum, UK by Scan The World