3D
Featured
13,335 views 2,479 downloads
20 collections
Community Prints Add your picture
Be the first to share a picture of this printed object
1 comments

I present you a murray themed skull ring.

Printed with the orientation i provide at 0,1 layer height with supports. 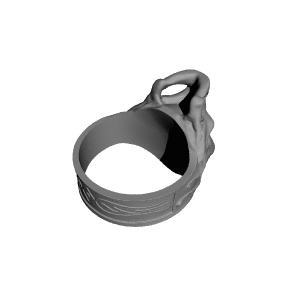