3D
Scan The World
1,633 views 102 downloads
Community Prints Add your picture
Be the first to share a picture of this printed object
0 comments

This is an ancient marble sculpture depicting Urania, in Greek mythology, the muse of astronomy. Urania was the daughter of Zeus by Mnemosyne and also a great-granddaughter of Uranus. Some accounts list her as the mother of the musician Linus by Apollo or Amphimarus, son of Poseidon, and Hymenaeus also is said to have been a son of Urania. 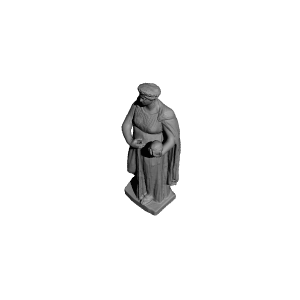 ×
0 collections where you can find Muse, the so-called Urania by Scan The World