3D
Scan The World
2,184 views 122 downloads
Community Prints Add your picture
Be the first to share a picture of this printed object
0 comments

This public sculpture at the entrance of the National Museum in Warsaw, depicts a mutilated woman, mirror of the crisis after the Second World War.

The National Museum in Warsaw popularly abbreviated as MNW, is anational museum in Warsaw, one of the largest museums in Poland and the largest in the capital. It comprises a rich collection of ancient art (Egyptian, greek, Roman), counting about 11,000 pieces, an extensive gallery of polish painting since the 16th century and a collection of foreign painting (Italian, French, Flemish, Dutch, German, Russian) including some paintings from Adolf Hitler's private collection,ceded to the Museum by the American authorities in post-war Germany. The museum is also home to numismatic collections, a gallery of applied arts and a department of oriental art, with the largest collection of Chinese art in Poland, comprising some 5,000 objects. 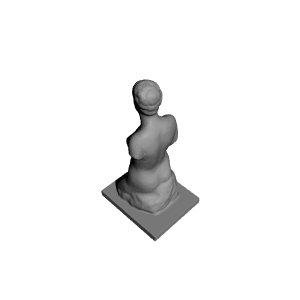