Mycenaean Figure of Bull at The British Museum, London

3D
Scan The World
4,482 views 487 downloads
2 collections
Community Prints Add your picture
Be the first to share a picture of this printed object
0 comments

Mycenaean Figure of Bull at The British Museum, London

This terracotta figure has a long cylindrical body on tapering legs, a head with a flattened muzzle and large inward-curving horns, decorated with painted decoration. It was made about 1300 BC. Helladic society and culture have antecedents in the Neolithic period in Greece with many innovations being developed and manifesting during the second and third phases of the Early Helladic period (2650–2050/2000 BC) such as bronze metallurgy, monumental architecture and fortifications, a hierarchical social organization, and vigorous contacts with other areas of the Aegean. These innovations would undergo further changes during the Middle Helladic period (2000/1900–1550 BC), marked by the spread of Minyan ware, and the Late Helladic period (1550–1050 BC), which was the time whenMycenaean Greece flourished.

Helladic is a modern archaeological term meant to identify a sequence of periods characterizing the culture of mainland ancient Greece during the Bronze Age. The term is commonly used in archaeology and art history. It was intended to complement two parallel terms, "Cycladic", identifying approximately the same sequence with reference to the AegeanBronze Age, and "Minoan", with reference to the civilization of Crete. The scheme applies primarily to pottery and is a relative dating system. The pottery at any given site typically can be ordered into "Early", "Middle" and "Late" on the basis of style and technique. The total time window allowed for the site is then divided into these periods proportionately. As it turns out, there is a correspondence between "Early" over all Greece, etc. Also, some "absolute dates", or dates obtained by non-comparative methods, can be used to date the periods and are preferable whenever they can be obtained. However, the relative structure was devised before the age of carbon-dating (most of the excavations were performed then as well). Typically, only relative dates are obtainable and form a structure for the characterization of Greek prehistory. Objects are generally dated by the pottery of the site found in associative contexts. Other objects can be arranged into early, middle and late as well, but pottery is used as a marker. 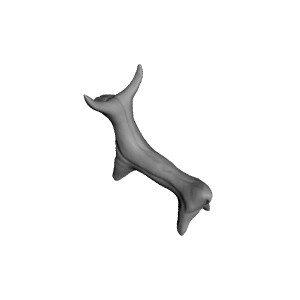 ×
2 collections where you can find Mycenaean Figure of Bull at The British Museum, London by Scan The World