Naar Het Leven at The Museum of Fine Arts, Ghent

3D
Scan The World
2,907 views 109 downloads
1 collection
Community Prints Add your picture
Be the first to share a picture of this printed object
0 comments

Naar Het Leven at The Museum of Fine Arts, Ghent

"Geo (Georges ) Verbanck (February 28, 1881 - December 12, 1961 ) , in Ghent and East Flanders sculptor known as bluestone , marble, sandstone and bronze. Geo Verbanck made ​​his first experiences in the workshops of carpenters and sculptors and later went to study at the Royal Academy in Ghent and Brussels . He was also apprenticed to Ghent sculptor Alois de Beule . He then became a teacher sculpture in Dendermonde where he anyway worked with Valentin Vaerwyck the construction of the new courthouse. He realized tombs at the Campo Santo , designed medals and coins, made ​​busts and drawings. He was the sculptor of the monument to the brothers Van Eyck , designed by Vaerwyck , near the Saint Bavo Cathedral in Ghent. Also by other architects or authorities he was asked to integrate into public buildings bas- reliefs." 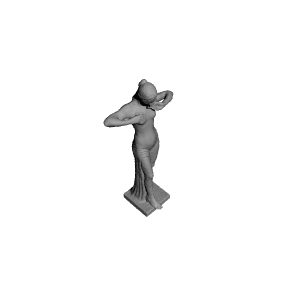 ×
1 collections where you can find Naar Het Leven at The Museum of Fine Arts, Ghent by Scan The World