3D
Scan The World
1,066 views 54 downloads
1 collection
Community Prints Add your picture
Be the first to share a picture of this printed object
0 comments

This is a Nandi, or bull, in front of the shrine to Shiva at Ukhimath Temple, in Uttarakhand, India. It was 3D scanned with permission using a Structure scanner attached to an iPad Mini 4. 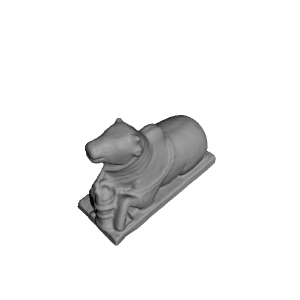