Narcisse made by Gabriel Grupello

3D
360°
Featured Scan The World
2,603 views 179 downloads
3 collections
Community Prints Add your picture
Be the first to share a picture of this printed object
0 comments

Narcisse made by Gabriel Grupello

Narcisse made by Gabriel Grupello (1644 - 1730), marble. Royal Park (Brussels, Belgium). Made with CapturingReality.

Grupello was born as the son of Bernardo Rupelli, an Italian cavalry captain in Spanish service, and his Flemish wife Cornelia Delinck. He returned to Flanders in 1671 and two years later he became a master of the Brussels Guild. He opened a workshop in Brussels, which became very successful and employed many assistants. Grupello was a versatile artist in terms of the subject range of his sculptures as well as the materials in which he worked. He executed works in marble, ivory and wood and was rare among his contemporary Flemish Baroque sculptors in that he also made bronze statues. 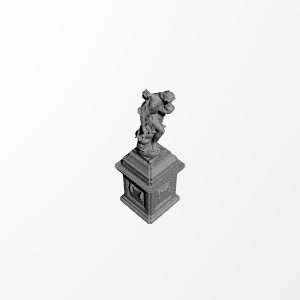 ×
3 collections where you can find Narcisse made by Gabriel Grupello by geoffrey.marchal