3D
11,193 views 1,113 downloads
18 collections
Community Prints Add your picture
Be the first to share a picture of this printed object
1 comments

3D model of the NASA space shuttle that flew since its first launch on April 12, 1981 and continued to set high marks of achievement and endurance through 30 years of missions, until July 21, 2011. As humanity's first reusable spacecraft, the space shuttle pushed the bounds of discovery ever farther, requiring not only advanced technologies but the tremendous effort of a vast workforce. 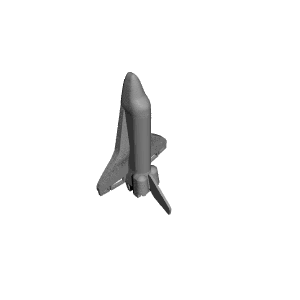 ×
18 collections where you can find NASA's space shuttle by daCruz