3D
4,325 views 184 downloads
1 collection
Community Prints Add your picture
Be the first to share a picture of this printed object
0 comments

Send Message to None222

Lara Croft is a fictional character and the protagonist of the Square Enix (previously Eidos Interactive) video game franchise Tomb Raider. She is presented as a beautiful, intelligent, and athletic English archaeologist-adventurer who ventures into ancient, hazardous tombs and ruins around the world. Created by a team at UK developer Core Design that included Toby Gard, the character first appeared in the 1996 video game Tomb Raider. She has also appeared in video game sequels, printed adaptations, a series of animated short films, feature films (portrayed by Angelina Jolie), and merchandise related to the series. Official promotion of the character includes a brand of apparel and accessories, action figures, and model portrayals. Croft has also been licensed for third-party promotion, including television and print advertisements, music-related appearances, and as a spokesmodel. 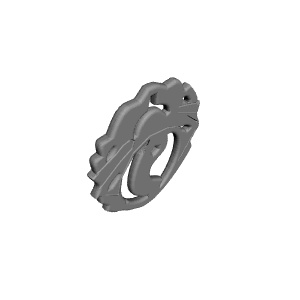 ×
1 collections where you can find Pendant Lara Croft by None222