Small bronze sculptures were an important feature of the magnificent interiors of the 16th century. Skilled sculptors – Giambologna being the most prominent – made models from which several copies were cast. The muscles and other details of the figure stand out clearly in the metal. This bronze, of the sea god Neptune, later belonged to the architect Nicodemus Tessin the Younger. 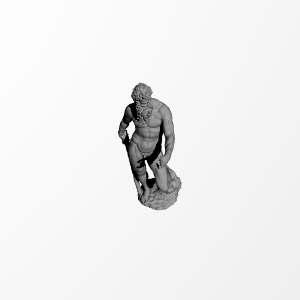 ×
28 collections where you can find Neptune by nationalmuseumswe
×
FATIH
@fatihakpinar
1
Printed on: HyperCube 3D Printer
Material: ABS
Posted at: 02nd May 2020

An excellent painting project! I did roughly sculpt the fingers back onto him :)