3D
Scan The World
3,119 views 94 downloads
Community Prints Add your picture
Be the first to share a picture of this printed object
0 comments

Under the patronage of Sir Christopher Wren, Nicholas Hawksmoor (1661-1736) became one of the leaing architects of his generation. He was first appointed by Wren as a personal clerk but was trusted with increasingly important commissions. He collaborated with Wren on Kensington Palace and the Royal Navy Hospital, Greenwich and worked with John Vanbrugh on Castle Howard and Blenheim Palace. As an indepenent architect, he worked on Queen's College and All Souls College, Oxford, and designed many London churches.

It was attributed to Sir Henry Cheere (1703-81) and is a modern bronze cast of the original bust from 1736. It is the onl known portrait of Nicholas Hawksmoor. The original is at All Souls College, Oxford. 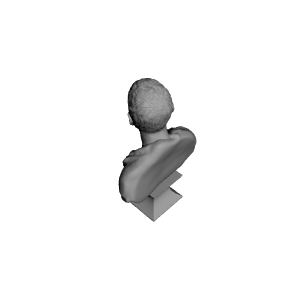 ×
0 collections where you can find Nicholas Hawksmoor at The National Portrait Gallery, London by Scan The World