3D
Scan The World
4,771 views 363 downloads
2 collections
Community Prints Add your picture
Be the first to share a picture of this printed object
0 comments

Nikolai Vasilievich Gogol was a Russian dramatist, novelist and short story writer of Ukrainian ethnicity. Russian and Ukrainian scholars debate whether or not Gogol was of their respective nationalities.

Considered by his contemporaries one of the preeminent figures of thenatural school of Russian literary realism, later critics have found in Gogol's work a fundamentally romantic sensibility, with strains ofSurrealism and the grotesque ("The Nose", "Viy", "The Overcoat," "Nevsky Prospekt"). His early works, such as Evenings on a Farm Near Dikanka, were influenced by his Ukrainian upbringing, Ukrainian cultureand folklore. His later writing satirised political corruption in theRussian Empire (The Government Inspector, Dead Souls), leading to his eventual exile. The novel Taras Bulba (1835) and the play Marriage(1842), along with the short stories "Diary of a Madman", "The Tale of How Ivan Ivanovich Quarreled with Ivan Nikiforovich", "The Portrait" and "The Carriage", round out the tally of his best-known works. 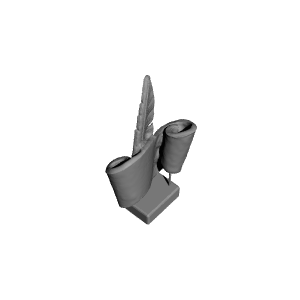 ×
2 collections where you can find Nicolai Gogol monument in Lausanne, Switzerland by Scan The World