3D
Scan The World
3,987 views 281 downloads
1 collection
Community Prints Add your picture
Be the first to share a picture of this printed object
0 comments

Nicolas Poussin was the leading painter of the classical French Baroque style, although he spent most of his working life in Rome. His work is characterized by clarity, logic, and order, and favors line over color. Until the 20th century he remained a major inspiration for such classically oriented artists as Jacques-Louis David, Jean-Auguste-Dominique Ingres and Paul Cézanne. He worked in Rome for a circle of leading collectors there and elsewhere, except for a short period when Cardinal Richelieu ordered him back to France to serve as First Painter to the King. Most of his works are history paintings of religious or mythological subjects that very often have a large landscape element. 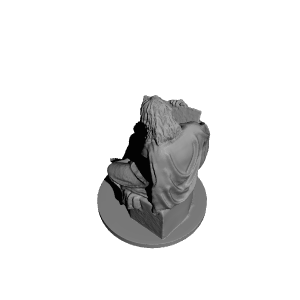 ×
1 collections where you can find Nicolas Poussin at the Louvre, Paris, France by Scan The World