Niklaus I, Emperor of Russia

3D
360°
Featured Scan The World
3,127 views 453 downloads
3 collections
Community Prints Add your picture
Be the first to share a picture of this printed object
0 comments

Niklaus I, Emperor of Russia

Nicholas I reigned as Emperor of Russia from 1825 until 1855. He was also the King of Poland and Grand Duke of Finland. He has become best known as a political conservative whose reign was marked by geographical expansion, repression of dissent, economic stagnation, poor administrative policies, a corrupt bureaucracy, and frequent wars that culminated in Russia's defeat in the Crimean War of 1853–56. Nicholas had a happy marriage that produced a large family; all of their seven children survived childhood. His biographer Nicholas V. Riasanovsky says that Nicholas displayed determination, singleness of purpose, and an iron will, along with a powerful sense of duty and a dedication to very hard work. He saw himself as a soldier—a junior officer totally consumed by spit and polish. A handsome man, he was highly nervous and aggressive. Trained as an engineer, he was a stickler for minute detail. In his public persona, says Riasanovsky, "Nicholas I came to represent autocracy personified: infinitely majestic, determined and powerful, hard as stone, and relentless as fate." He was the younger brother of his predecessor, Alexander I. Nicholas inherited his brother's throne despite the failed Decembrist revolt against him and went on to become the most reactionary of all Russian leaders. 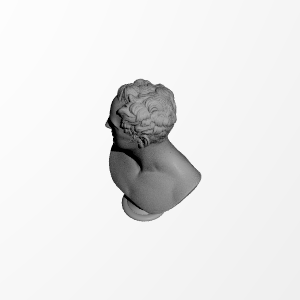 ×
3 collections where you can find Niklaus I, Emperor of Russia by nationalmuseumswe