3D
Scan The World
1,454 views 61 downloads
Community Prints Add your picture
Be the first to share a picture of this printed object
0 comments

Nikolay Mikhaylovich Przhevalsky (1839–1888) was a Russian geographer of Polish origin and a renowned explorer of Central and East Asia. Although he never reached his ultimate goal, the holy city of Lhasa in Tibet, he traveled through regions then unknown to the West, such as northern Tibet (modern Tibet Autonomous Region), Amdo (now Qinghai) and Dzungaria (now northern Xinjiang). He contributed significantly to European knowledge of Central Asian geography. He also described several species previously unknown to European science: Przewalski's horse, Przewalski's gazelle, and the Wild Bactrian camel, all of which are now endangered. 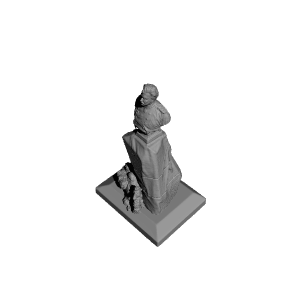