3D
360°
Scan The World
1,277 views 165 downloads
1 collection
Community Prints Add your picture
Be the first to share a picture of this printed object
0 comments

Nils Ericson was a Swedish canal and railroad pioneer. His career began with the construction of Göta Canal with his father Olof and his brother John. Nils went on to work with Trollhätte Canal and Slussen in Stockholm. In 1854, he was appointed by the state to develop a network of railroad trunk lines. As a result, he played an important part in developing a modern infrastructure. There is a statue of him in front of the Stockholm Central station. Nils’s brother became an inventor, emigrated to the United States in 1839 and designed the USS Monitor, the steam-driven battleship that helped the North win the American Civil War. 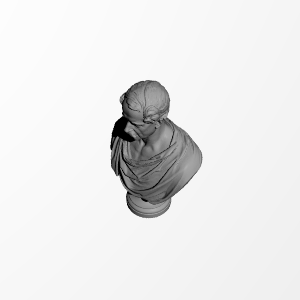 ×
1 collections where you can find Nils Ericson by nationalmuseumswe