3D
Scan The World
3,698 views 317 downloads
1 collection
Community Prints Add your picture
Be the first to share a picture of this printed object
0 comments

Albert Pommier was born in Paris on 11 January 1880 and died in Paris in 1943. He was a French sculptor. Born in Paris in 1880, Pommier studied at the École des Beaux Arts in Paris and was a pupil of Barrias. From 1905 he was a regular exhibitor at the Salon des Artistes français and in 1914 won a prize and received a grant which allowed him to travel to Algeria and study there at the Villa Abd-el-Tif, although the outbreak of the war and his mobilization meant that he could only take advantage of this fully in 1919. During the war he served as a stretcher bearer in the 3rd battalion of the 11th Infantry Regiment. The villa Abd-el-Tif in Algeria was a villa established on similar lines to the Villa Médicis in Rome, and later the Casa de Velázquez in Madrid, to provide a location for French artists to study art particularly Islamic. Pommier had won the Abd-el-Tif prize, modelled on the "Prix de Rome", a joint prize and bursary and winning this prize enabled young talented artists to remain one or two years in Algiers with expenses paid. Pommier won the grand Prix at the 1937 exposition Internationale. 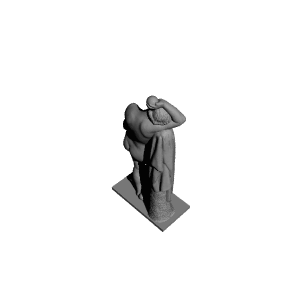 ×
1 collections where you can find Nude Woman in Cambrai, France by Scan The World