Nuptial sarcophagus with Castor and Pollux

3D
Scan The World
1,059 views 49 downloads
Add to collection
3 0
Community Prints Add your picture
Be the first to share a picture of this printed object
0 comments

Nuptial sarcophagus with Castor and Pollux

In Greek and Roman mythology, Castor and Pollux were twin brothers. Their mother was Leda, but they had different fathers; Castor was the mortal son of Tyndareus, the king of Sparta, while Pollux was the divine son of Zeus, who seduced Leda in the guise of a swan. Though accounts of their birth are varied, they are sometimes said to have been born from an egg, along with their twin sisters or half-sisters Helen of Troy and Clytemnestra. 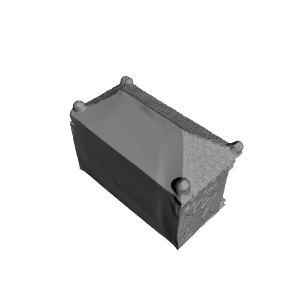