3D
5,220 views 181 downloads
1 collection
Community Prints Add your picture
Be the first to share a picture of this printed object
0 comments

The Oakland Athletics (often abbreviated to Oakland A′s) are a professional baseball team based in Oakland, California. The Athletics are a member of the Western Division of Major League Baseball's American League (AL). The Athletics have played in the Oakland Coliseum since moving to Oakland in 1968. Overall, the A's have won nine World Series championships, the third-highest total in Major League Baseball (trailing only the New York Yankees and the St. Louis Cardinals).

Printed at 0.2MM Resolution with 10% Infill This took 1 Hour. 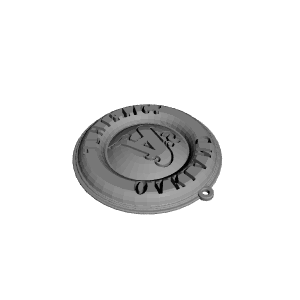