3D
360°
Featured Scan The World
3,475 views 304 downloads
5 collections
Community Prints Add your picture
Be the first to share a picture of this printed object
0 comments

Established in Florence, Lapini had a successful career as a sculptor of elaborately carved contemporary subjects which included figures of beautiful young women and a series of "ideal" busts. He also copied works after the antique for visitors on the Grand Tour. Lapini exhibited six works at the Esposizione Generele Italiana in Turin in 1884 and exhibited in Rome in 1888. After his death, his popularity endured through his workshop, Galleria Lapini, which remained in operation until 1900. 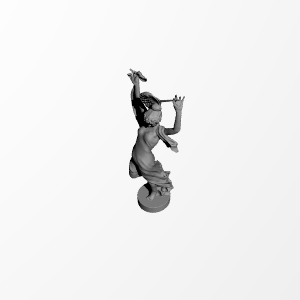 ×
5 collections where you can find Odalisca by Janim