3D
Scan The World
3,959 views 273 downloads
Community Prints Add your picture
Be the first to share a picture of this printed object
0 comments

Ratnagiri was once the site of a mahavihara, or major Buddhist monastery, in the Brahmani and Birupa river valley in Jajpur district of Odisha, India. It was part of the Puspagiri University, together with Lalitgiri and Udayagiri. This head of a buddha or deity was excavated in Odisha believed, despite its questionable values, to have just been a head. It was considered of ill taste and disrespectful to present just the head of a buddha without a body. 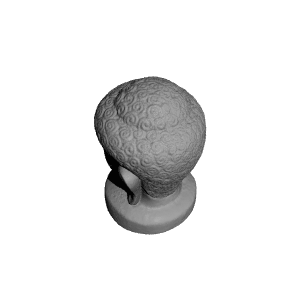 ×
0 collections where you can find Odisha Figure, South Asia at the Sainsbury Centre for Visual Arts, Norwich by Scan The World