3D
360°
Scan The World
3,338 views 291 downloads
1 collection
Community Prints Add your picture
Be the first to share a picture of this printed object
0 comments

Odysseus, also known by the Latinvariant Ulysses, is a legendary Greek king of Ithaca and the hero of Homer's epic poem the Odyssey. Odysseus also plays a key role in Homer's Iliad and other works in that same epic cycle.
He is renowned for his intellectual brilliance, guile, and versatility (polytropos), and is thus known by the epithet Odysseus the Cunning. He is most famous for his nostos or "homecoming", which took him ten eventful years after the decade-long Trojan War. 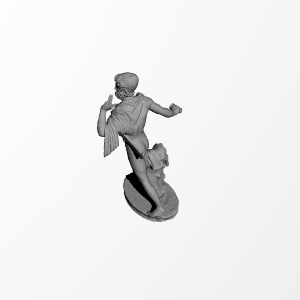 ×
1 collections where you can find Odysseus by Scan The World