Oedipus and Phorbas at The Louvre, Paris

3D
Scan The World
2,748 views 192 downloads
Community Prints Add your picture
Be the first to share a picture of this printed object
0 comments

Oedipus and Phorbas at The Louvre, Paris

This lifesize marble sculpture depicting the mythological scene of the infant Oedipus being rescued by Phorbas who unties him from the tree he was left in to die as to not fulfill the prophecy given to him that he would kill his father. The sculpture was assigned to the Ecole Superieur d'Art et Sculpture June 19th 1789 and placed in the Museum of French Monuments around March 1808 where it remained until it was placed in the Louvre by Leon de Laborde in 1851, the curator of sculpture of the museum. 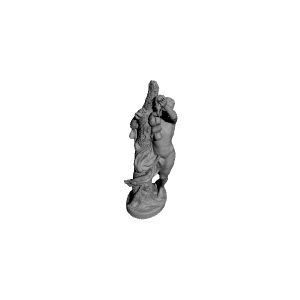 ×
0 collections where you can find Oedipus and Phorbas at The Louvre, Paris by Scan The World