3D
360°
Scan The World
1,216 views 66 downloads
2 collections
Community Prints Add your picture
Be the first to share a picture of this printed object
0 comments

This is ahead of an ancient sculpture of Omphalos Apollo. The head was discovered in Baiae, baths, east of the so-called Mercury's sector. Near the findspot was a base featuring an omphalos (navel in ancient Greek), the mythical centre of the world. This is how the Apollo got its name, although now it is believed that the sculpture and the base do not belong together 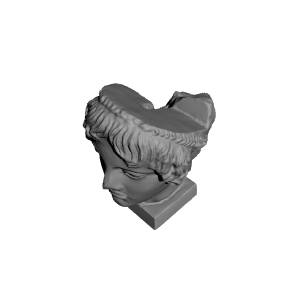