3D
Scan The World
1,496 views 94 downloads
Community Prints Add your picture
Be the first to share a picture of this printed object
0 comments

Mark Macken was nominated as a teacher of ornamental arts at the Royal Academy of Fine Arts on 28 May 1941 by the Dendermonde Ship College. He was also a sign teacher at Dendermonde Rijksdoelbare Jongensschool.

On December 5, 1946, Macken was appointed as a teacher at the Academy of Fine Arts in Antwerp. He served as director from 1962 until his death. 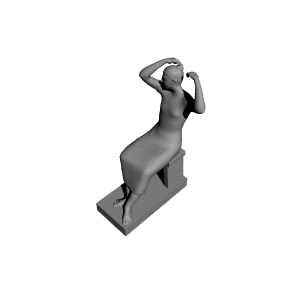