3D
Scan The World
2,874 views 522 downloads
16 collections
Community Prints Add your picture
Be the first to share a picture of this printed object
0 comments

Troyes Cathedral, dedicated to Saint Peter and Paul, is a roman catholic church. The site has been used for religious buildings since at least the 4th century, when an oratory stood there. It was famously the location of the Council of Troyes, when the order of the Knights Templar was confirmed and its rule established. When the cathedral was razed in a fire, it was rebuilt in the now familiar Gothic style. 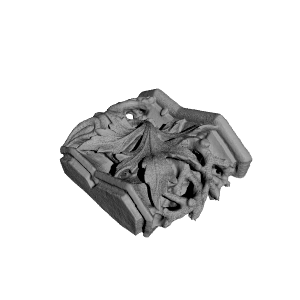