3D
4,417 views 117 downloads
1 collection
Community Prints Add your picture
Be the first to share a picture of this printed object
0 comments

The Orlando Magic is an American professional basketball team based in Orlando, Florida. It is part of the Southeast Division of the Eastern Conference in the National Basketball Association (NBA). The franchise was established in 1989 as an expansion franchise, and has had such notable NBA stars as Shaquille O'Neal, Penny Hardaway, Patrick Ewing, Grant Hill, Tracy McGrady, Steve Francis, Dwight Howard, Vince Carter and Rashard Lewis throughout its young history. The franchise has also been in the playoffs for more than half of their existence (14 playoff appearances in 24 years). 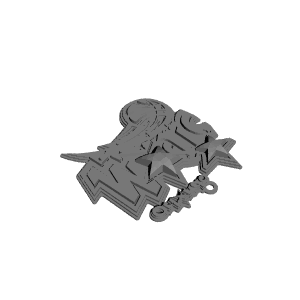