3D
4,724 views 202 downloads
3 collections
Community Prints Add your picture
Be the first to share a picture of this printed object
0 comments

Overwatch is an upcoming multiplayer first-person shooter in development by Blizzard Entertainment. Unveiled on November 7, 2014 at BlizzCon, the game emphasizes cooperative gameplay using a cast of various "heroes", each with their own abilities and roles within a team.

Reaper is an assassin-like ranged character who specializes in moving around the map picking off enemies. Using the abilites Shadow Step and Wraith Form, Reaper can weave in and out of fights with ease and safety. 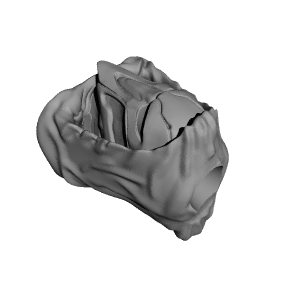 ×
3 collections where you can find overwatch reaper wacom by Stefanos