Pallas (Athena) with the Parthenon

Pallas (Athena) with the Parthenon

Many of the gods in Greek mythology had miraculous births. Athena, the goddess of wisdom and patron deity of sculptors, was born from the head of Zeus after he swallowed her mother. In Rodin's sculpture the goddess appears to be giving birth to her own brainchild - the Parthenon, viewed in Rodin's day as the summit of intellectual and artistic achievement. The polished and blurred features of her face contracts with the roughly chiselled hair and body.

This was scanned at The 'Rodin and the art of ancient Greece' exhibition at The British Museum, London (26th April - 29th July 2018). The work originates from the Musée Rodin, Paris, where it is on permanent display. 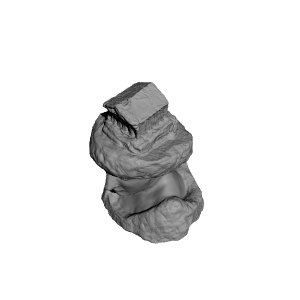