Pan Removing a Thorn From The Foot of Satyr at The Louvre, Paris

3D
Scan The World
3,472 views 221 downloads
Community Prints Add your picture
Be the first to share a picture of this printed object
0 comments

Pan Removing a Thorn From The Foot of Satyr at The Louvre, Paris

Pan, the Greek god of shepherds and herdsmen, is recognisable from his hybrid appearance, half man half goat. This group, of which there are several variants of Roman times, also preserves the memory of a Greek work , now lost, which dates to 50 BC, echoes the grotesque style celebrated of the 'Thorn Puller' from the Capitol Museum in Rome (also uploaded on MyMiniFactory). 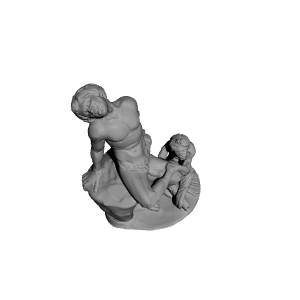 ×
0 collections where you can find Pan Removing a Thorn From The Foot of Satyr at The Louvre, Paris by Scan The World