3D
Scan The World
1,998 views 94 downloads
Community Prints Add your picture
Be the first to share a picture of this printed object
0 comments

Pandora was born through Hephaistos and Athena, aided by the other gods of olympia under the command of Zeus. Each god gave her a gift such as beauty, grace, power and persuasion. Afterwards she was given a box which was intended to be remained closed - the subject that Jean-Pierre Cortot decided to portrait. Zeus left her side to find Prometheus and to punish the human race. When left alone Pandora was overtaken by curiosity and opened the box, releasing evil onto the world. Only hope could not escape. 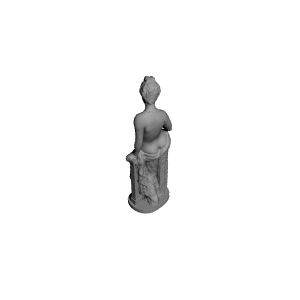 ×
0 collections where you can find Pandora at The Musée des Beaux-Arts, Lyon by Scan The World