3D
Scan The World
2,308 views 63 downloads
Community Prints Add your picture
Be the first to share a picture of this printed object
0 comments

Pantelimon "Pan" Halippa (1 August 1883 – 30 April 1979) was a Bessarabian and later Romanian journalist and politician. One of the most important promoters of Romanian nationalism in Bessarabia and of this province's union with Romania, he was president of Sfatul Țării, which voted union in 1918. He then occupied ministerial posts in several governments, following which he underwent political persecution at the hands of the Communist régime and was later incarcerated in Sighet prison. 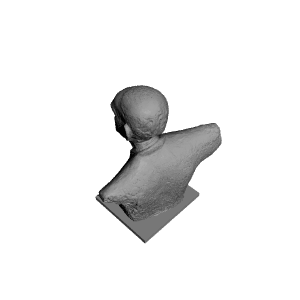 ×
0 collections where you can find Pantelimon Halippa bust in Alba Iulia, Romania by apllana