3D
Scan The World
1,843 views 78 downloads
Community Prints Add your picture
Be the first to share a picture of this printed object
0 comments

Paolo Mascagni (January 25, 1755 – October 19, 1815) was an Italian physician, known for his study of human anatomy, in particular for the first complete description of the lymphatic system.

As a young man Mascagni was interested in geological sciences, as evidenced by his several papers on the Lagoni (thermal springs) of Siena and Volterra. Once graduated, however, he turned his interest to the human lymphatic system. His many discoveries in this field led him in 1787 to the composition of Vasorum lymphaticorum corporis humani historia et iconographia, a work that soon made him famous throughout Europe. He was elected a corresponding member of the Royal Swedish Academy of Sciences in 1796, and president of the Accademia dei Fisiocritici in 1798.

It is easy to print, there is small amount of support, but easy to clean and there is no risk to brake any part while support cleaning process. 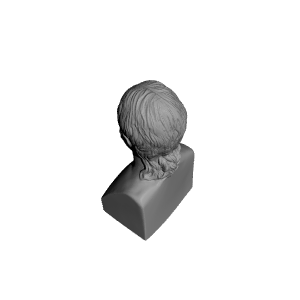 ×
0 collections where you can find Paolo Mascgani at The Borghese Gardens, Rome by Scan The World