3D
360°
Featured Scan The World
4,772 views 801 downloads
2 collections
Community Prints Add your picture
Be the first to share a picture of this printed object
0 comments

The crook and apple show that the sculpture represents Paris. In Greek mythology, he was a prince of Troy, but grew up as a shepherd. The three goddesses Athena, Hera and Aphrodite asked him to decide which of them was the most beautiful. The prize was a golden apple with the inscription To the fairest. Athena tried to bribe Paris with wisdom and Hera with power. However, Paris chose Aphrodite’s gift: love and marriage to the beautiful Helen. 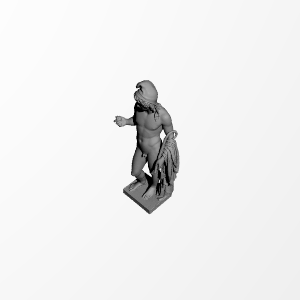 ×
2 collections where you can find Paris by nationalmuseumswe