Part of a grave stele

3D
Scan The World
1,064 views 32 downloads
Community Prints Add your picture
Be the first to share a picture of this printed object
0 comments

Part of a grave stele

Found in Piraeus. Only part of the shaft of the stele survives, adorned by a relief loutrophoros. The figure of anude youth practicing with a ball in the palaestra is depicted in low relief on the belly of the vase. His folded himation can be seen on a pillar behind him. The youth is watched by his young servant holding an aryballose and a strigil. 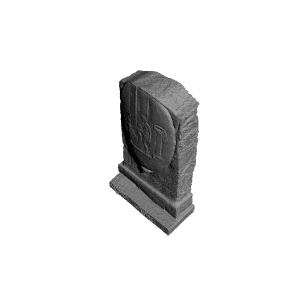