3D
Scan The World
1,834 views 85 downloads
Community Prints Add your picture
Be the first to share a picture of this printed object
0 comments

Five girls walk in single file. The foremost carries a thymiaterion, a stand for burning incense. The rest carry jugs or bowls for pouring liquid sacrifices. 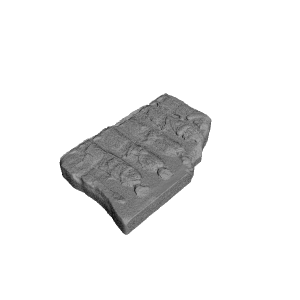 ×
0 collections where you can find Parthenon Frieze _ East VIII, 57-61 by Scan The World