3D
360°
Scan The World
1,162 views 60 downloads
Community Prints Add your picture
Be the first to share a picture of this printed object
0 comments

This block from the North side of the Parthenon frieze shows a few of the sixteen elderly men in himatia in a procession. They all converse while walking or standing, or they turn to look behind them. One man (38) ties a ribbon around his head, while another (41) has his hair arranged in braids that cross at the nape of the neck. These have been interpreted as the thallophoroi (elders carrying olive branches) or as city officials. 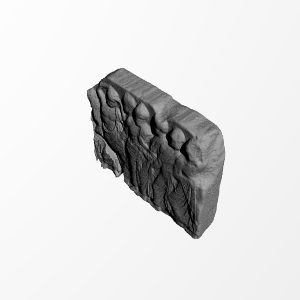 ×
0 collections where you can find Parthenon Frieze _ North X, 37-43 by Scan The World