3D
Scan The World
1,684 views 76 downloads
Community Prints Add your picture
Be the first to share a picture of this printed object
0 comments

The leading chariot is pulled up sharply by the driver. Straining on the reins, metal reins, which are now lost, were inserted in drill-holes., he uses his body to counter the forward thrust of the horses. Part of a foot soldier with one foot resting on a rock can be seen on the right. On the left a marshal signals to the chariot behind. he fragment of the foot soldier’s head is in the Acropolis Museum, Athens. The rest of the chariot was carved on Block XI, remains of which are in the Acropolis Museum, Athens. 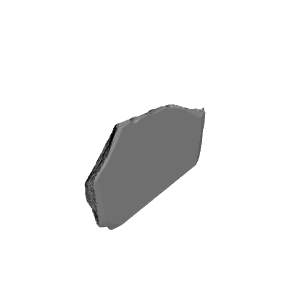 ×
0 collections where you can find Parthenon Frieze _ North XII, 45-47 by Scan The World