3D
Scan The World
2,394 views 96 downloads
1 collection
Community Prints Add your picture
Be the first to share a picture of this printed object
0 comments

The block shows parts of three horsemen. They wear a chlamys draped over a short tunic. The manes of the horses, standing up like hard bristles as those of Arab horses, are distinctive. Metal reins, which are now lost, were inserted in drill-holes. For more information on the composition of riders see South frieze Block I. The horsemen of the South frieze are less well preserved than those of the North, and the composition is less varied. The explosion of the Parthenon in 1687 damaged the South frieze the most. 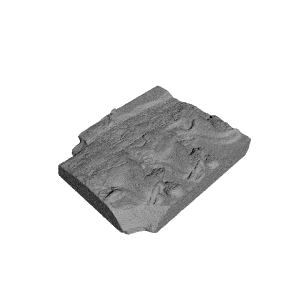 ×
1 collections where you can find Parthenon Frieze _ South IX, 24-25 by Scan The World