3D
Scan The World
1,699 views 60 downloads
Community Prints Add your picture
Be the first to share a picture of this printed object
0 comments

On these two blocks the procession of bulls, young herdsmen and occasional himation-clad marshals comes to an end. The head of the procession is punctuated by the figure of the leader (149), who looks out, in frontal stance, toward the viewer. 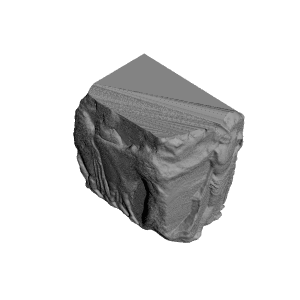