3D
Scan The World
1,837 views 49 downloads
Community Prints Add your picture
Be the first to share a picture of this printed object
0 comments

Block XV preserves parts of three horsemen, dressed in a linen tunic of fine folds, animal skin boots with a top flap and a helmet of the Athenian type, which is open-faced. Two battered riders wear helmets, tunics and long boots. Metal reins, which are now lost, were inserted in drill-holes. The surface of this block is badly damaged and weathered. 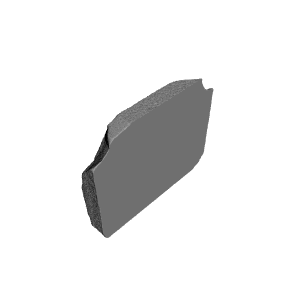