3D
Scan The World
1,942 views 62 downloads
Community Prints Add your picture
Be the first to share a picture of this printed object
0 comments

The block survives as the representation of two horsemen and part of a third on the right. The best preserved horseman wears a broad-brimmed all-weather hat. Reins were attached separately to drill-holes and are drawn back as the cavalcade comes to a halt. A fragment of a horse’s head and a fragment of the head of a rider are in the Acropolis Museum, Athens. 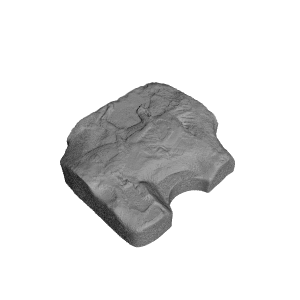